Born in Italy in 1978. At the age of 15, he discovered the world of graffiti. From this moment on, he looked for a way to differentiate himself, finding a style adaptable to his personality. In 2007, he moved to Barcelona, where his style began to evolve. Straight and slanted lines began to transform themselves into letters and geometric shapes. He painted on canvas, using graffiti sprays; with time, the canvasses become computer graphics. What’s more, the city of Barcelona has inspired him so much that after 3 years of  collaborating with different galleries he reached the point of opening his own urban art event, “Urban Secrets”. 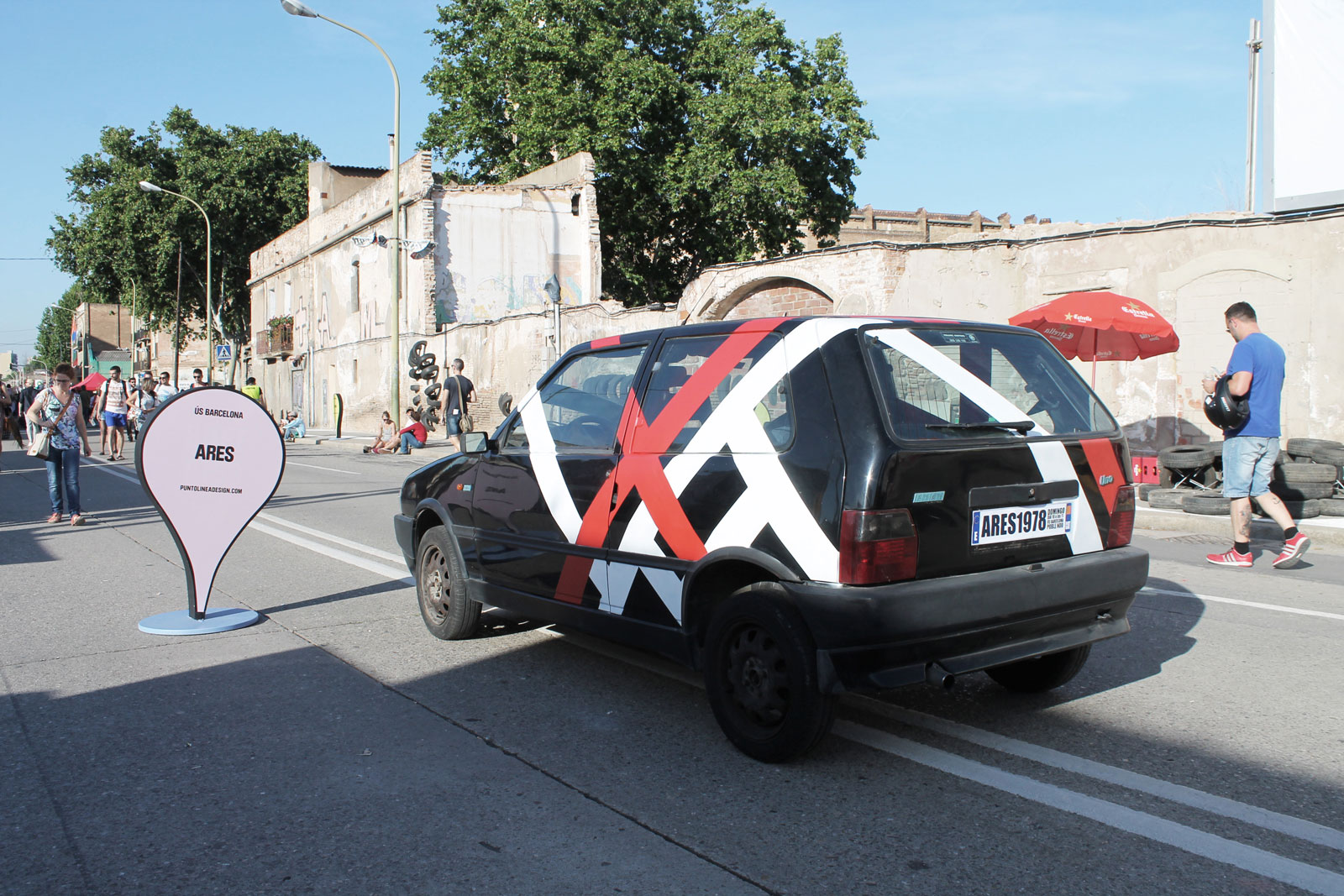