Eric Corretje, alias FTKO! began the underground scene over more than 20 years ago. His first experience was in the rave festival of Sant Celoni, alongside the tendency that marked the new electronic music that played in clubs like Nitsa, Cyberian, and KGB. Since then, he hasn`t stopped listening to and learning about electronic music, he is interested in the “rave” sound, inspired by Dj Tecla, Dj Rob, Underblau, Sven Vath, Plastikman, Sideral, Mulero, Villalobos… he began his adventure as a Dj in different underground clubs, and in mythical parties such as Valldoncella, Monasterio de Piedra and Rachdingue, among others. Eric travelled to New Zealand and Australia, where he expanded his musical selection, where his taste of good sounds grew exponentially, Drum & Bass, Dubstep, or Techno and Trance were the new base of Funtastiko in the Anti´podas, he played in Rythm & Vines Festival, Parihaka festival for peace, among others. In 2011, he led the programming of a small club in the Raval called ‘El Sol del Mati´’, on Fridays and Saturdays, programming parties with different musical styles where artists participated in the Barcelona underground scene. Some of the artists were as follows: Dj OzkrCT, Dj Ekoo, Dj Kimo, Dj Ramsound, DJ Muten, Dj Ruth Garcia, DJ Busi, DJ Parazid, Uri Callejo (Free party Club), Turko (Fake Out) Splinter, Javi Lago (Sintetics label), Dj Martian (KGB, rachdingu¨e) among others. From the beginning, Eric always looked for the combination of sound and image, and as a result, he has always helped high level VJs carry out their parties. In these parties, the following participated: VJ Dima, VJ Ulyses, or Videk, as a good party or show was considered to be that which was accompanied by image. From this point on, Eric has come back with a great deal of energy, looking for new, elegant sounds with eclectic sessions and true to dance, performing in underground clubs in Barcelona, such as Puerto Hurraco, Freedonia, La Camara, El Patio, Zentraus, De Tertulia, ZsaZsa, Sol del Mati´ among others. 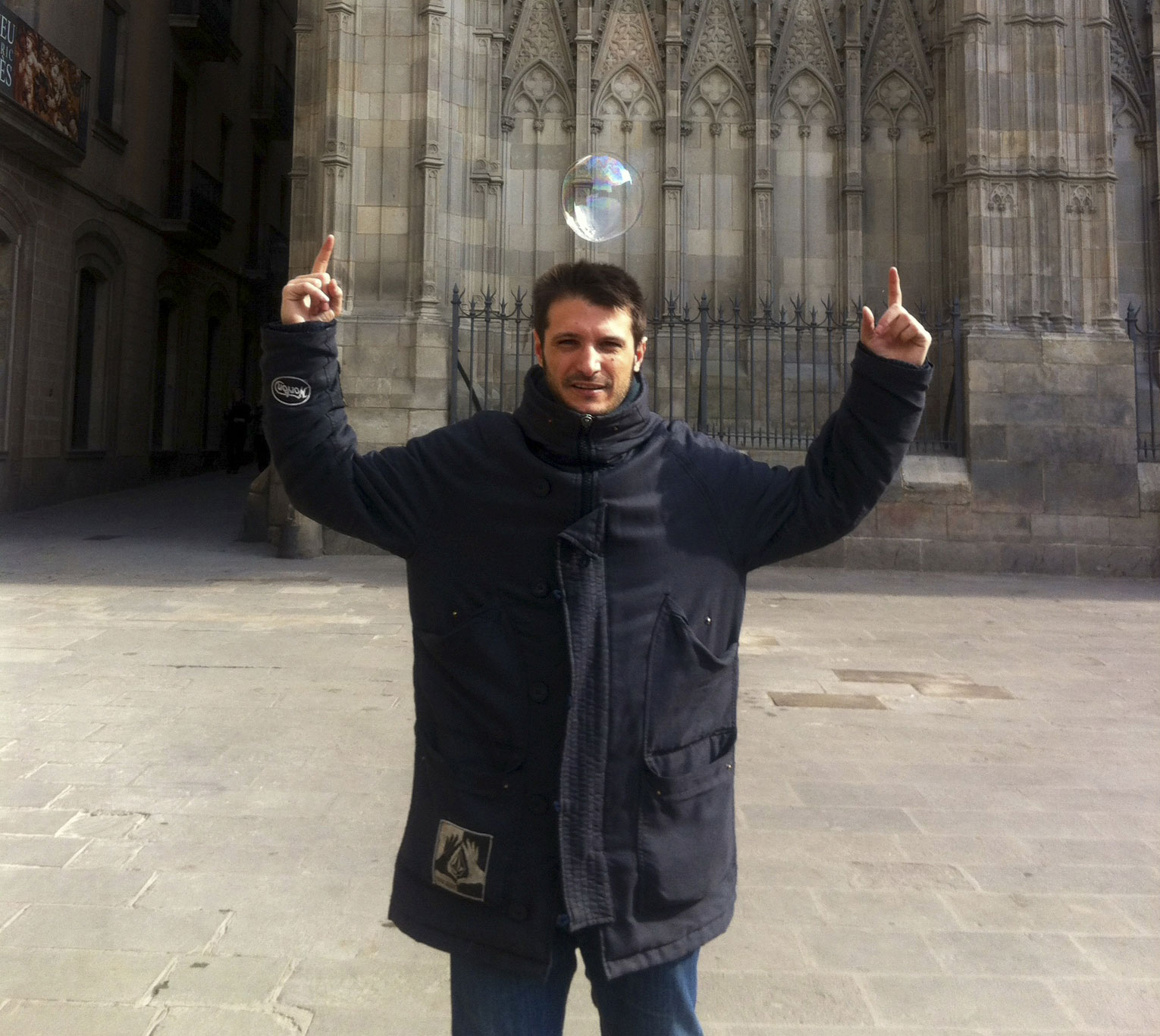