Public Urban Art or how to join outdoors with indoors 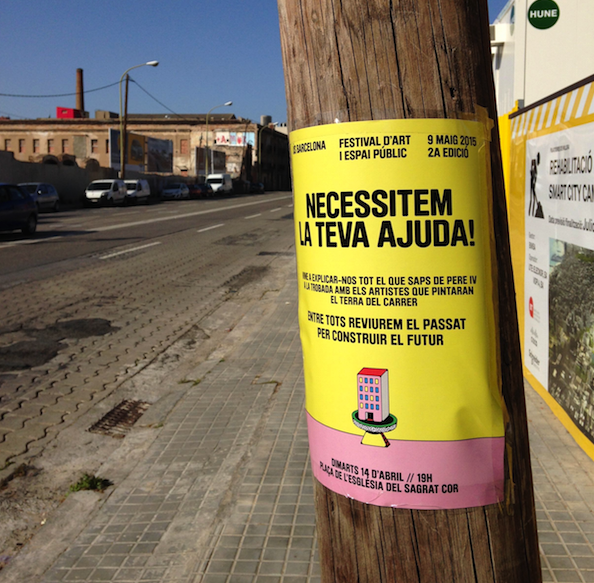 Art in public space is a valuable instrument to act in the city and to give voice to social, physical and emotional fabric of the community. Open public spaces such as streets or squares possess a great symbolic character and end up becoming an equally important space as the home.
As a result, public art, as it relates to life, cannot solely serve the visual and urban surrounding, but rather it must also keep the citizens’ needs in mind. Painting the ground of a street or a square is almost more delicate than painting the sitting room or the façade of a house.
Within this perspective, the will of the festival has been one of generating dynamics of participation among the artists and neighbours, with the objective of generating complicity that contribute to an improvement of the neighbourhood and to a common representation of its history, its past and its needs.

Action 1: The ground speaks about history

One of the novelties of this year consists of two urban artists (SPOGO and ONCE) painting parts of the sidewalks of the Pere IV street. Given that it is a street with such a great deal of symbolism, the first thing that they did was to rigorously learn about the historic past that is hidden behind each of the buildings on the street (this year, all of the artists who participate in the festival must know about the space where they will be working in). We believe that knowing is the first step to valuing.
They also attended neighbourhood meetings with the locals to soak up everything that doesn`t appear in books, in all that forms part of everyday life and of subjective experiences.
On the day of the festival, you can see the result that, as aforementioned, represents a trip towards the historic past of the zone.

This year, we will paint the ground of the Sagrado Corazón (Sacred Heart) square, which is inside the stretch where we will be. In an area where empty lots, factories and unoccupied buildings dominate the space, the square is the element that draws the maximum activity of the zone.

In Ancient Greece, the square was called Ágora, from the greek ?????, assembly, of ??e???, ‘meet’. The Ágora was an open space, the commercial centre (markets), of culture, politics and social life. If we think of the zone of the festival as a small ‘city’, it is evident that the square is the most important element of all.

The square has been the meeting space, a meeting point; ultimately, a common space. For the connotation and the power that ‘gaining control’ of the square tend to have, we think that the ground should be painted collectively.

Two artists– ‘Labuenaylamala Raquel G.’ and ‘Carlos Otica’- residents of la Escocesa, factory of artistic creation, situated in front of the square, are in charge of coordinating, on an artistic level, the wishes and the ideas of the team of people who, one way or another, represent the collective memory of the neighbourhood.

Working together, the square was designed, and as such, will be painted. The result of the whole process can be seen on the day of the Festival. 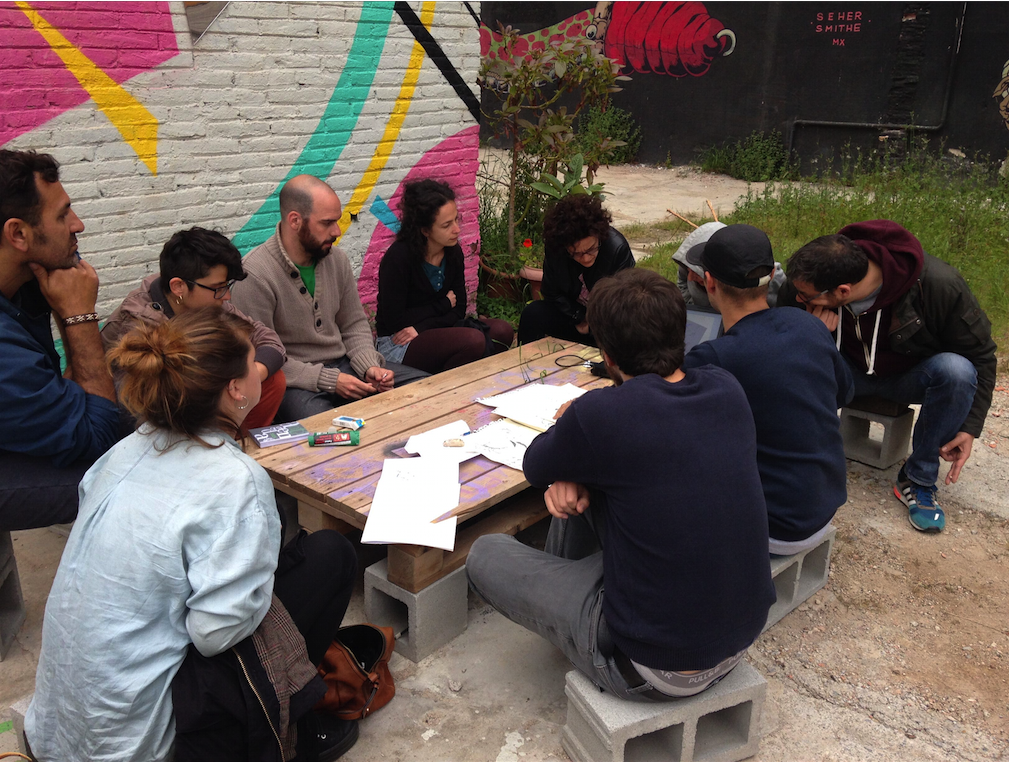 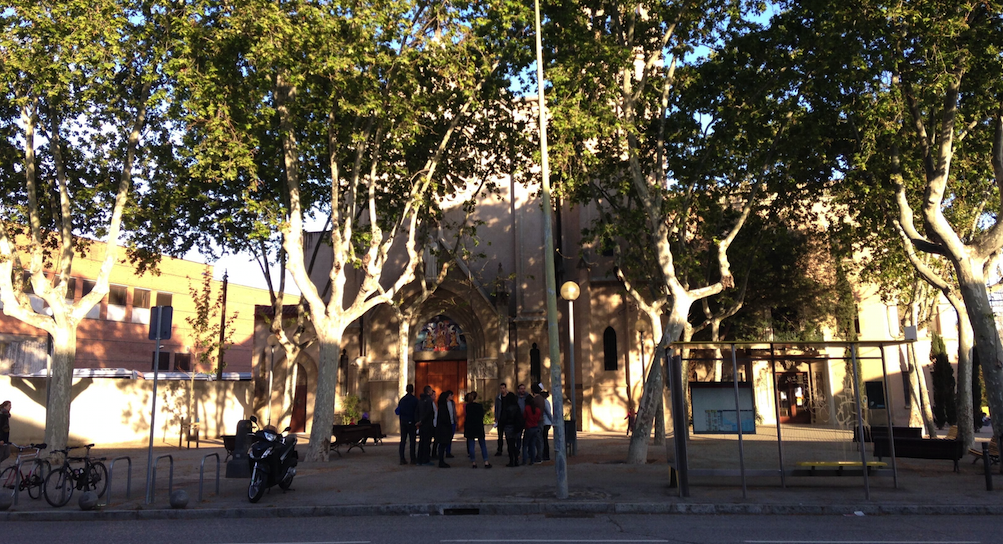