Caesar Baetulo studied art in the Llotja School in Barcelona, however his training has been basically self-taught. From an early age he was interested in street art, an was soon known as the urban painter, better known by the pseudonym SM 172. The richness of iconography lies in the diversity of influences that impregnate his art: from the superheroes to the Greco Roman deities, from pop art to Velázquez, from impressionism to posters. He has experimentd with oils, acrylics, collages, stencils, linin prints, etc until finding a recognizable language, of which its personal stamp is based on the combination of colourful typographies and richly well-known figures. . 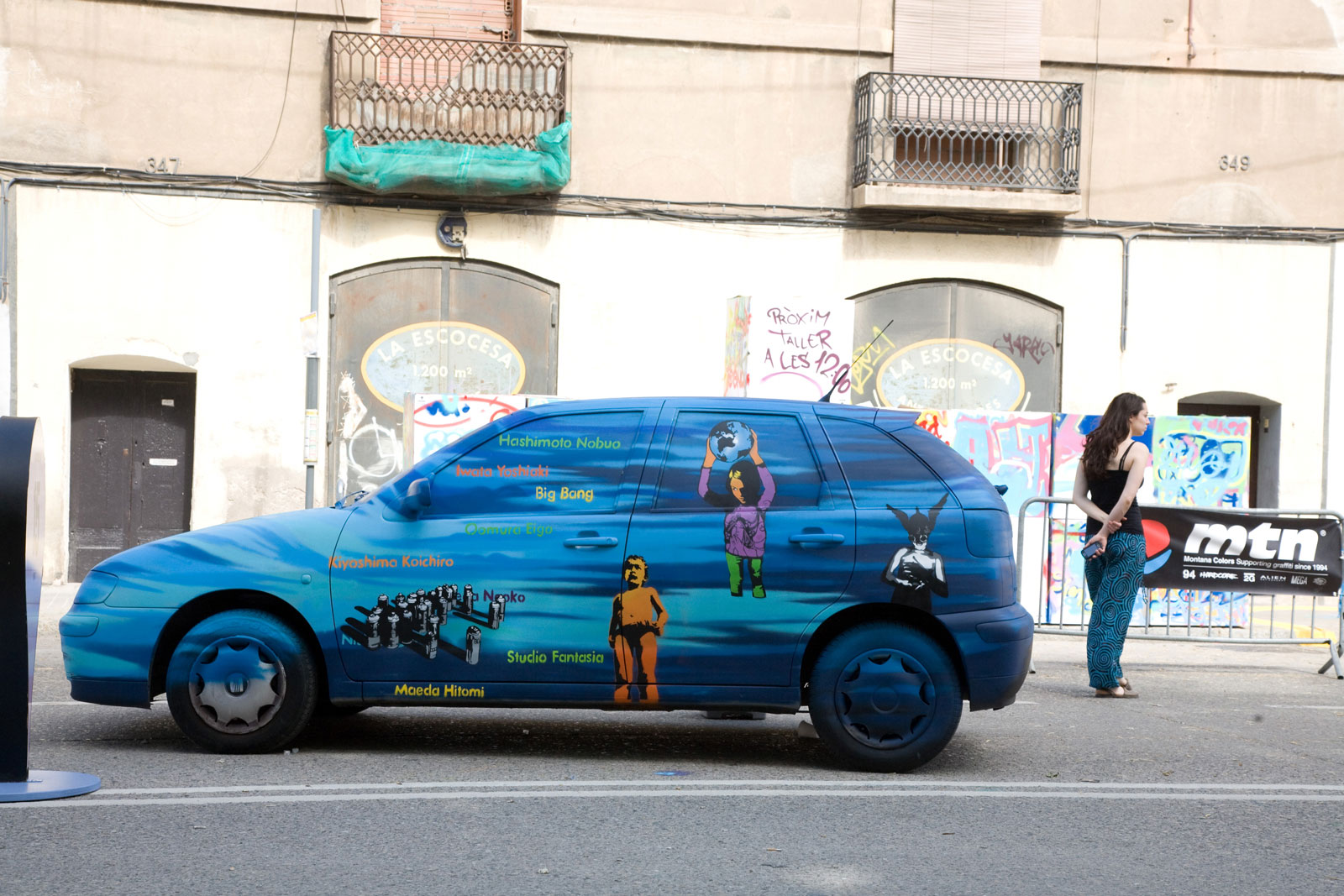